One key topic we cover in our workshops in Wyoming is the use of different lenses to control perspective.  So many new photographers (as well as a few experienced ones!) use wide angle lenses to "get more in" the shot and telephotos simply to get closer to a subject without moving forward or where moving forward is not an option.  Those are obvious uses for these tools but misses their really strong points, perspective control.  Here is an example.  One of my photos is on the recent cover of Kansas Travel and shows a field of small flowers with Monument Rocks looming in the background.  The photo was taken with a Canon Rebel XTi several years ago using a, 11-18mm superwide lens at 12mm focal length.  The closest flower was almost touching the front element of the lens.  The rock wall is some thirty yards away.  What doesn't show from this low angle and the use of the superwide lens is the distance from the small field of flowers to the wall. 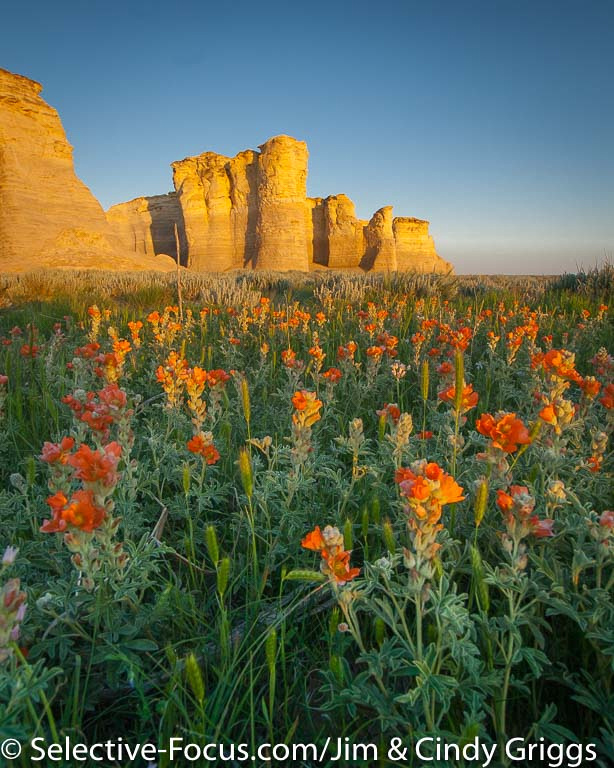 It appears that the flower field extends almost all the way to the rock wall.  The truth can be seen in the next photo taken by my wife, Cindy, as I was laying down shooting this image.  The field of flowers is maybe, maybe two feet in depth and at least 20-25 yards from the base of the rock wall.  I am using the wide angle lenses capability to make close objects appear larger than life and enhancing the feeling of space. 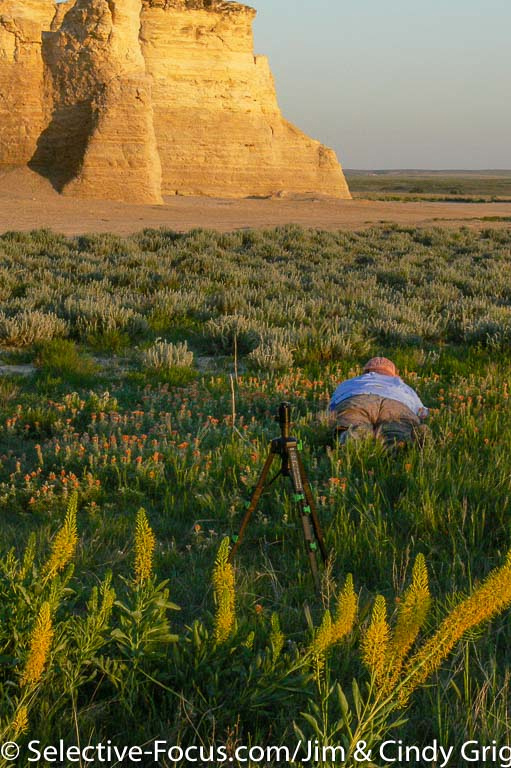 The low angle is one of the keys to getting the appearance in the top photo.

The use of telephotos lenses for perspective control is similar but just the opposite.  Below is a photograph taken in a field of sunflowers using a somewhat wide angle lens.  Shot at about 28mm the flowers are in rows but the line of flowers is not so distinct and the front flower really dominates simply by size compared to the others.  By using a small lens opening of f/16 I kept everything sharp in the image from the front flower to the extreme distant flowers.  The rows do show but are subordinated by the massive size of the front flower. 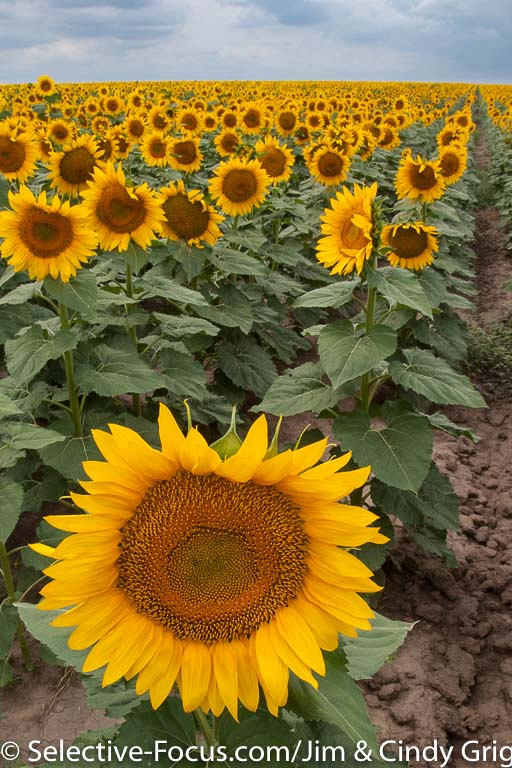 Nice photograph but it didn't show what I wanted to depict.  I backed up quite a ways from the front flower and selected a 400mm lens and a rather large lens opening of f/6.3 because I didn't want anything except the front flower to be in sharp focus.  This image below, 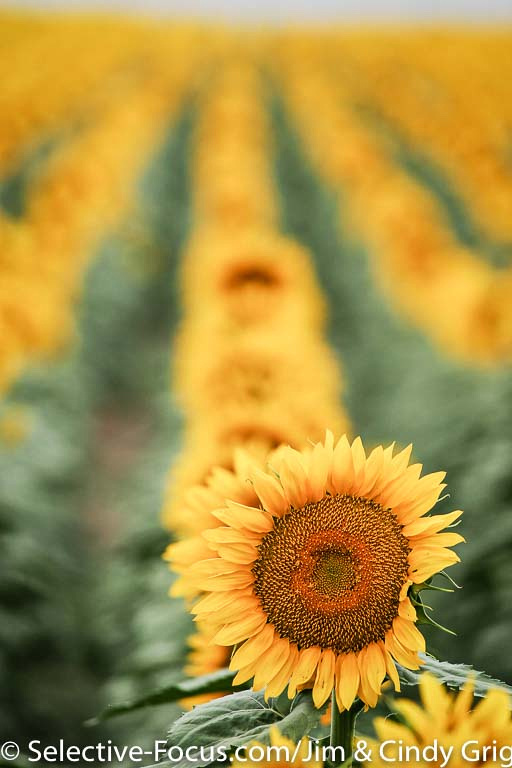 shows the row as an actual ROW!  By having only the front flower sharp I made it the subject. It was not necessary to make the other flowers sharp as your brain "knows" the rest of the row is just like the front flower.  This makes the front flower really stand out from the others in the row, dominating only in its sharpness.  If I had chosen a small lens opening there is a good chance that separation would have been lost between each individual flower.

This is only one of many topics we cover with in a classroom setting and out in the field at our workshop.  Love to have you join myself and Boyd Norton some September!