Born 28th of May 1889 in Mineral Springs, Arkansas 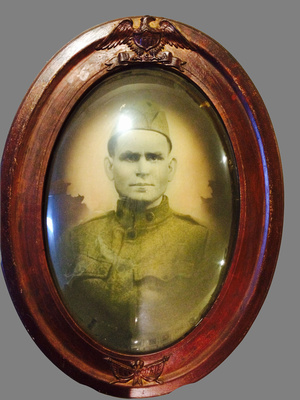 My maternal grandfather was named Albert Casel Feemster.  I distinctly remember getting to the farm in Oklahoma when I was about 6 and running out into the field to walk with him while he plowed behind his team of horses.  That was in the early 1950's, a long time ago but way past the point that most farmers were using tractors to plow.  Albert never owned a tractor that I am aware of.  I also remember a photo hanging on the wall of the old farmhouse.  Inside the oval frame was a photo of him in his World War One uniform.  I was so proud of having a grandpa who was a war hero.  I asked him several times about what he did in the war.  He would only lower his head, shake it and say, "Nothing."  He never talked about it, never elaborated on it at all.  He told my grandmother, whom he married after returning from France and being Honorably Discharged, a few stories about it.  My mom knew, too, probably from grandma.  Mom told me about his unit from Arkansas arriving in England, doing some rudimentary training then leaving for France and the front lines.  Once ashore in France, he came down with the Measles, a devastating disease back in 1918.  He was loaded back onto a ship and sent back to a hospital in England.  A couple of weeks later he was shipped back to France only to find out that most of his outfit had been killed in a poisonous gas attack.  Mom told me about this several years after he had passed away.  Mom also gave me a group photo of my grandpa and his outfit in Arkansas before they shipped out. 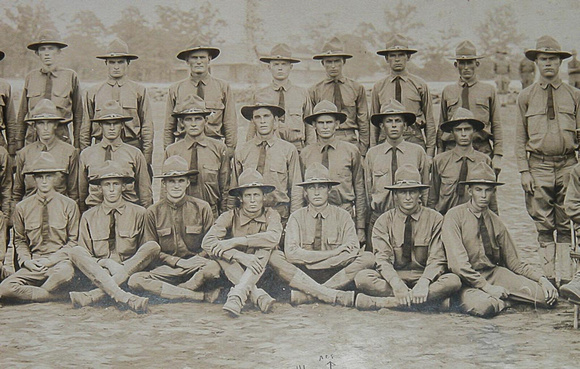 It is really painful to think that all those guys around him never came back to the USA after the war.  I scanned the large 10" x 36" panorama image in sections, recombined it in Photoshop and cleaned up some stains and deterioration it had seen over the years.  I put one small scanned section on here so that it is easier to find grandpa in his position in the group, third from the right in the middle section in the blow up.  The photo has his unit name and information about them.  I also have other photos of him before they left for England, but none grab me like this group photo.  I find it hard to deal with the cruelty of that war and the true lack of information about it.  I did spend several hours at the World War One Museum in Kansas City learning more about the tragedy of those who served there in absolutely horrid conditions.  I highly recommend a trip to Kansas City and a visit to that museum for anyone with even the slightest interest.  And if you are in Kansas City, by all means go see it. Below are other images of my grandpa before he shipped out. 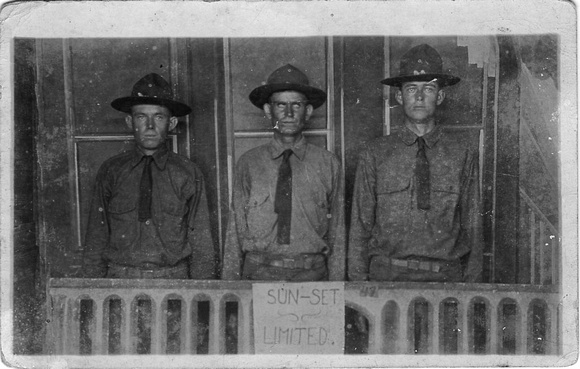 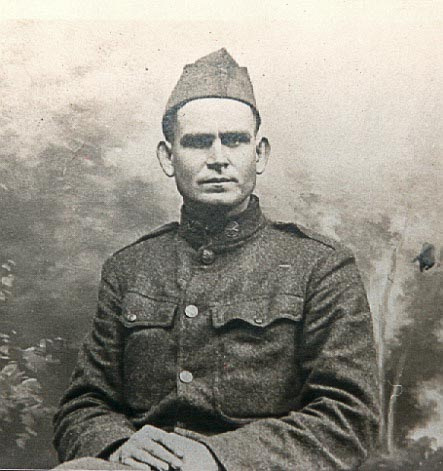 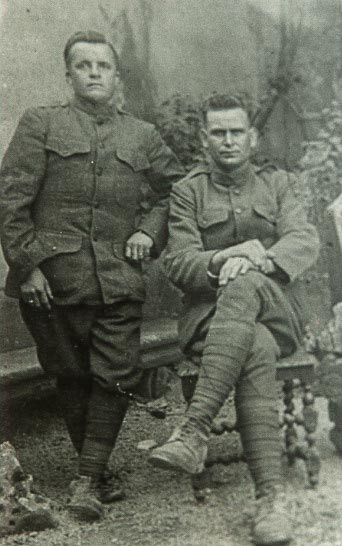 In the photo of the fake train, my grandpa was standing in the center.  The two photos below that are of him overseas posing for a photo before heading to the front as well as him with his best friend at a studio for a photo before shipping out to France.  His best friend was killed at the front.  Before departing for Europe he married my grandmother who's maiden name was Baber (for this who are into genealogy).  I attended one Baber reunion with my mom and dad several years ago shortly after mom had her stroke.


Below are two photos of my grandparents together in a buggy a week before they got married and one from their wedding day.  There is a formal photo of them with their first two children, my mom, Alberta and my aunt, Pauline.  Below that is a photo of the entire family, L to R, Irving, Pauline, Grandma, Grandpa and my mom, Alberta.  Also included is a photo of them on their 50th Wedding Anniversary at the Dale Methodist Church in Dale, Oklahoma.  Below that, Albert Casel Feemster's Honorable Discharge Papers following the end of World War One. 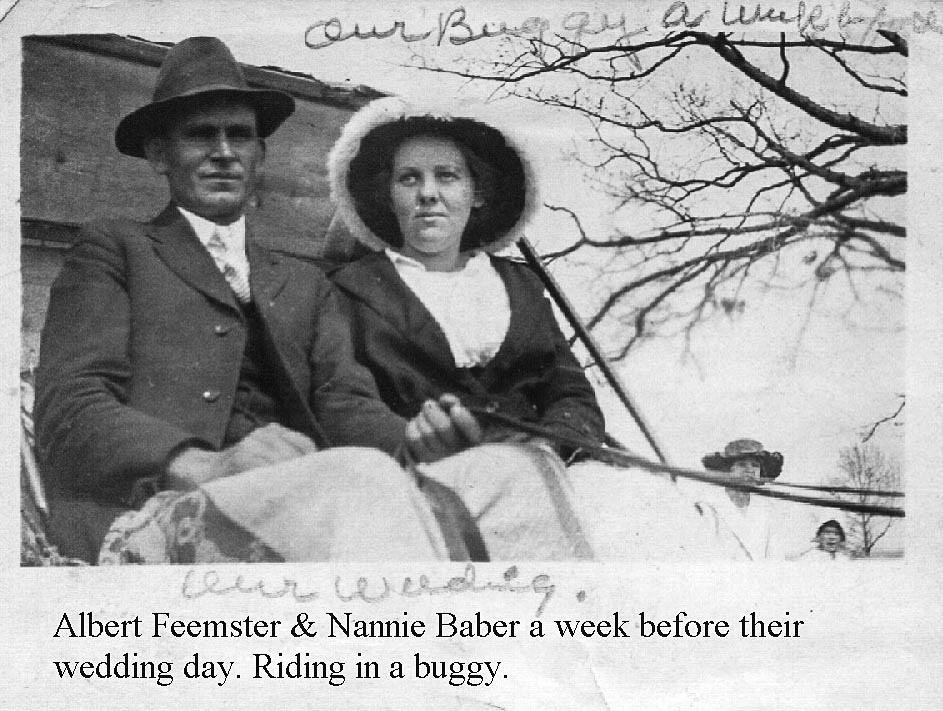 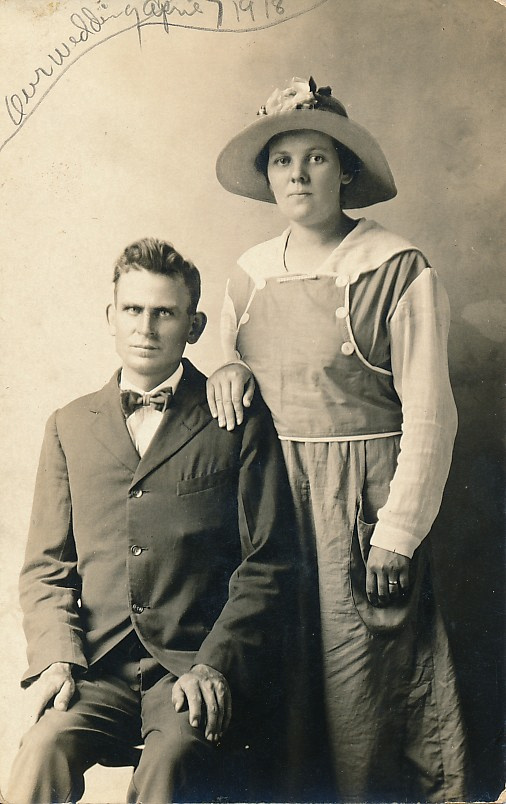 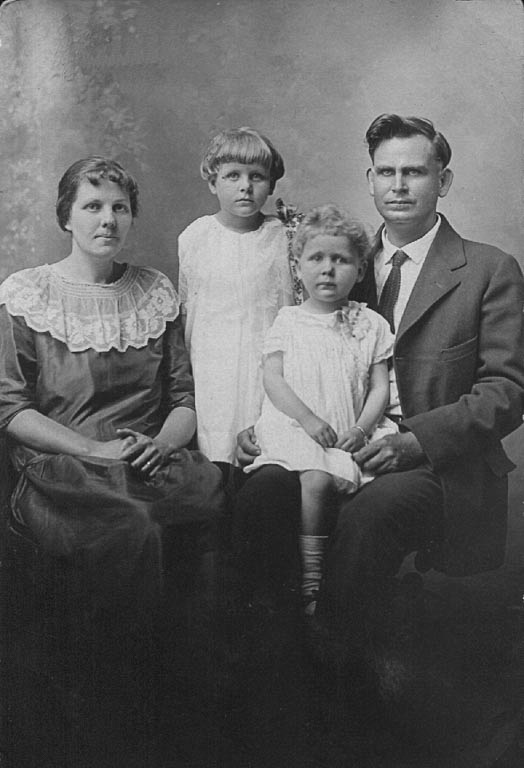 Grandma and Grandma Feemster and their two daughtersMy mom, Alberta, is the oldest and tallest of the four children followed by Pauline, sitting on grandpa's lap. 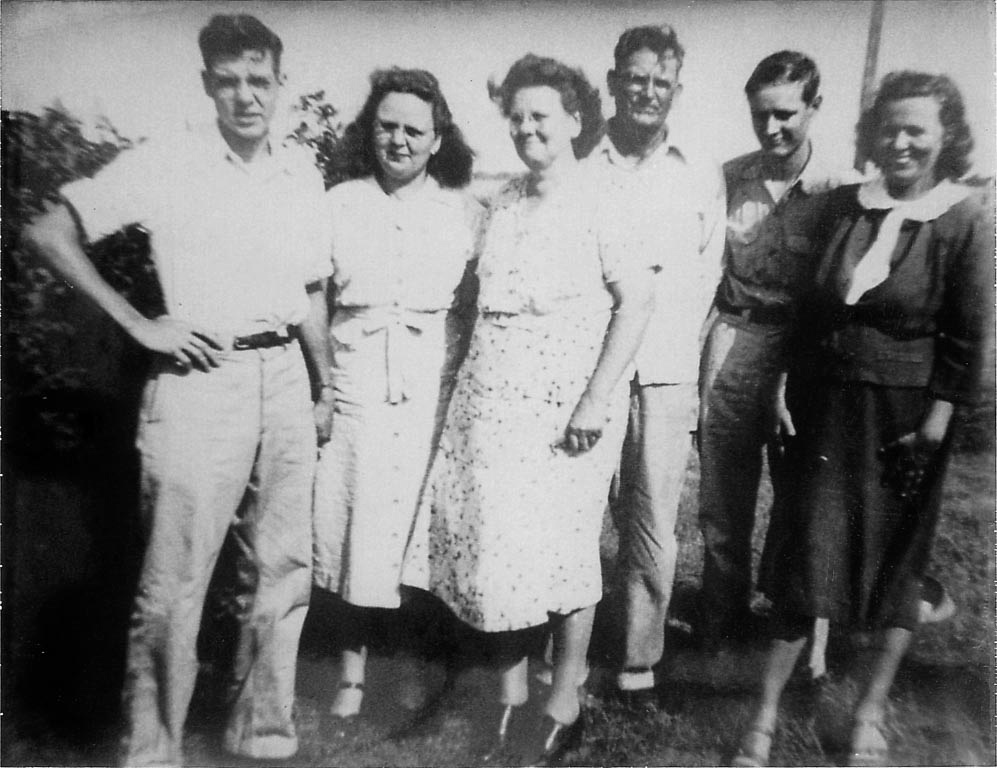 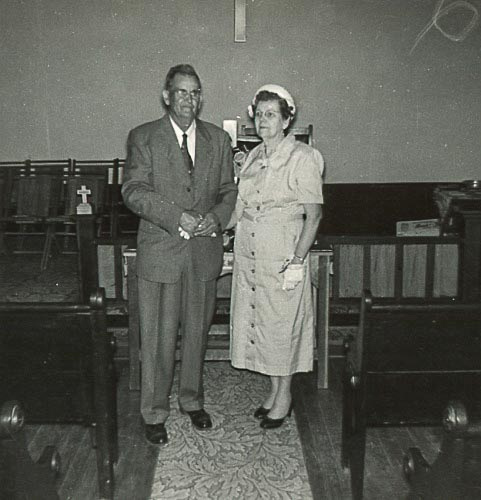 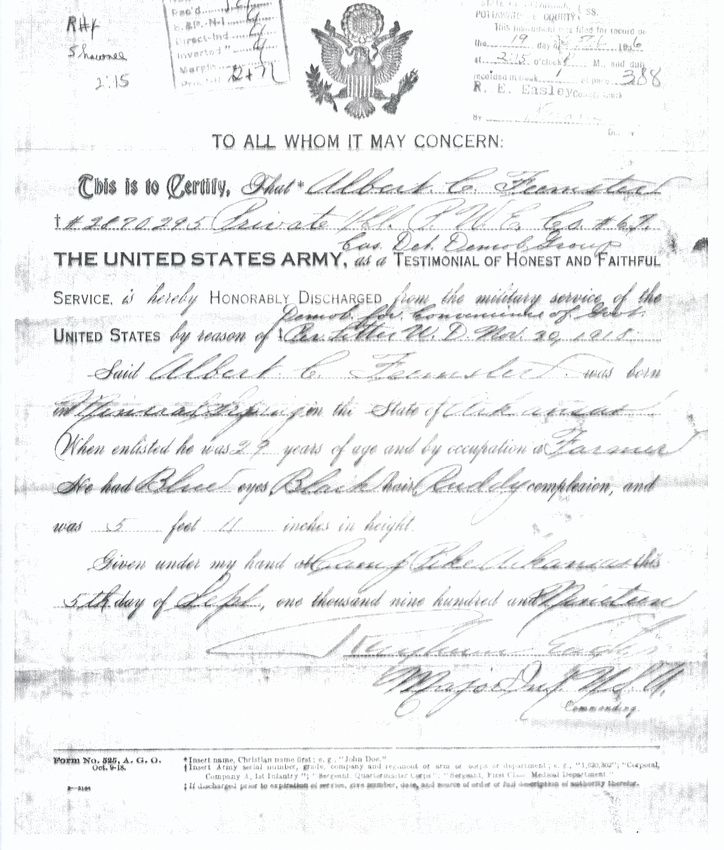