A Most Amazing Experience

It seems like every trip to Tanzania is filled with amazing experiences but in 2011, we witnessed a fantastic story unfolding over about 45 minutes in Serengeti National Park.  We had been driving and photographing in the southern reaches of the Serengeti when we happened upon a lioness with three cubs, probably 6 months old.  There were two female cubs and one male.  The lioness stretched out in the grass and was relaxing while the cubs crossed the road in front of us to go to a marsh area to drink. 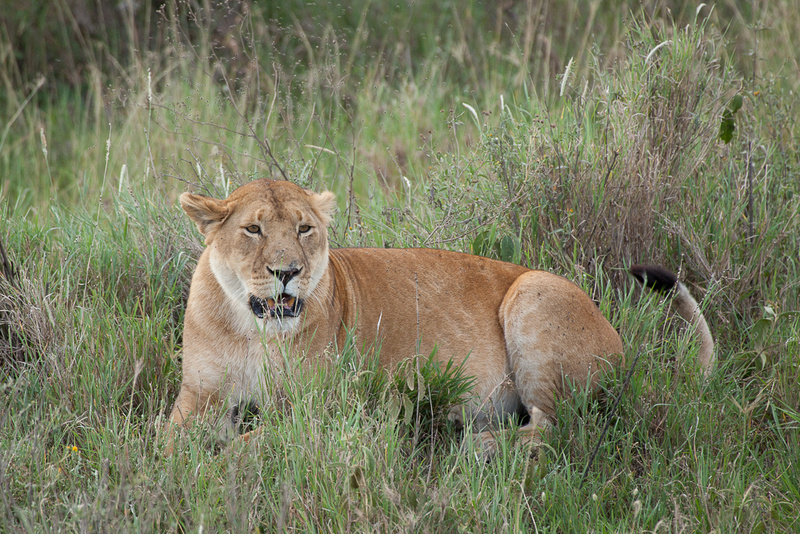 The reflection of one of the cubs was just too good to pass up!  Using a 300/2.8 lens with a 2X teleconverter, I got in a little closer. 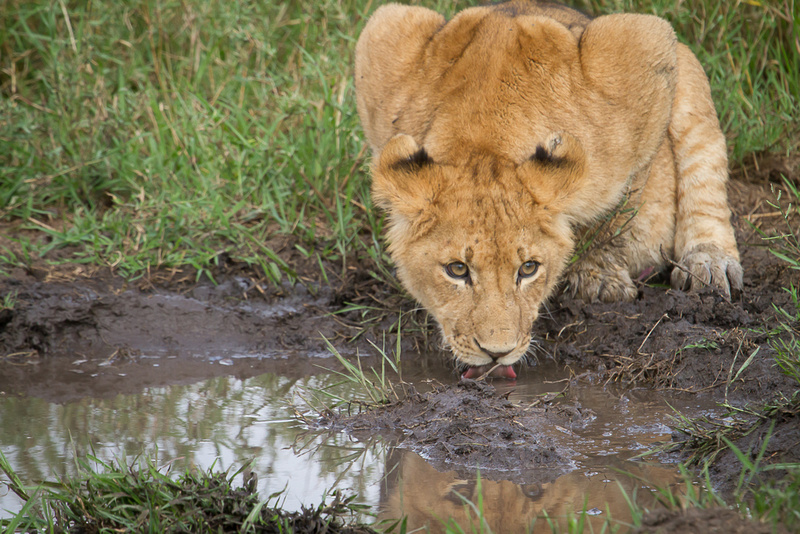 While the cubs were drinking a few hyenas showed up showing great interest in the cubs.  Hyenas will kill cubs given a chance.

Momma lioness saw the intruders about the same time they saw the cubs! 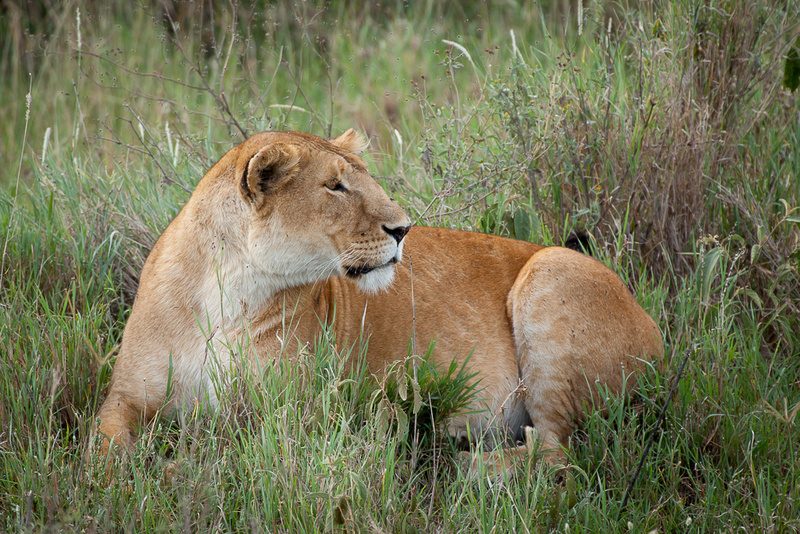 She sprang into action, ran across the road to where the cubs were drinking and the hyenas left.  She rounded up the cubs and they took off together cross country headed to a tree about 100 yards away. 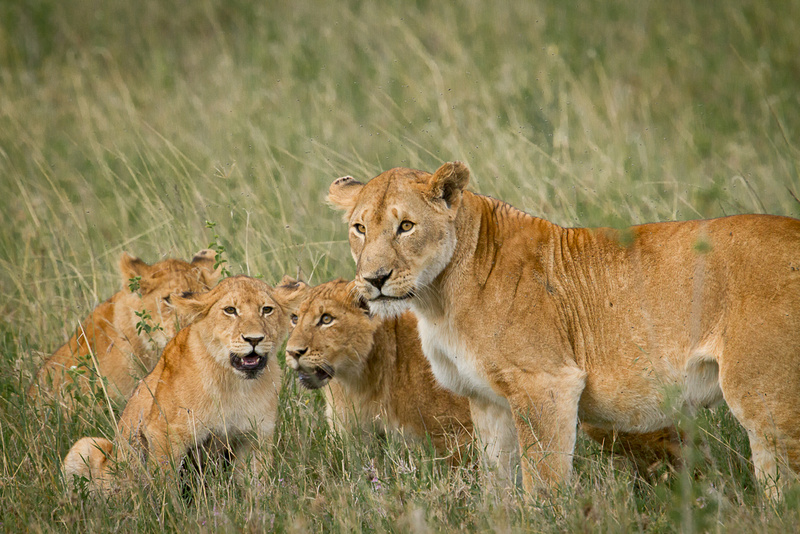 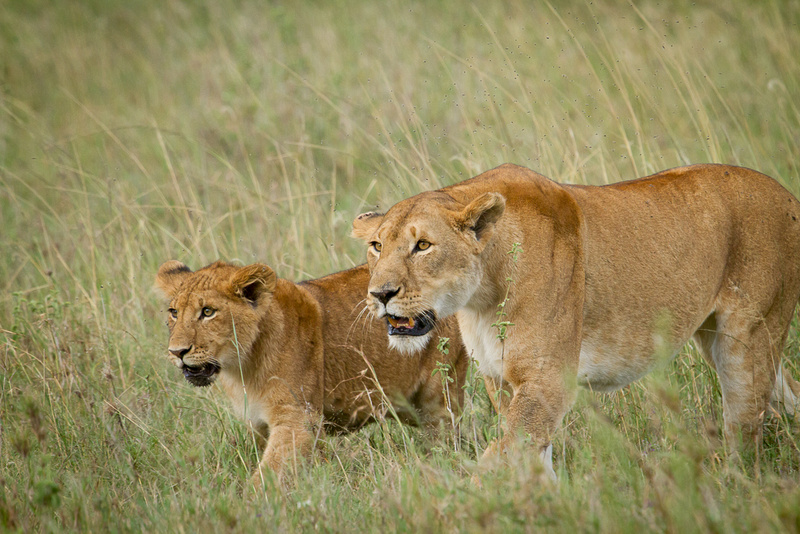 Momma went right up the tree and waited for her cubs to follow suit.  The male cub was first to try.  Part way up he got nervous and quit with his two sisters trying to negotiate a path around him.  All three came back down.  One at a time, the two sisters climbed into the tree with no problems. Little brother was left there on the ground wondering what to do.  Mom gazed down at him. 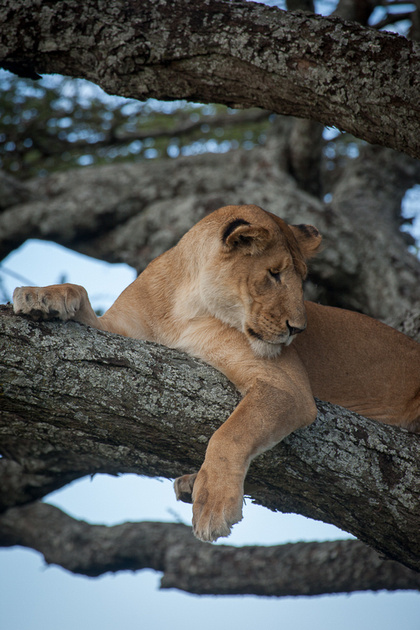 He looked up at her and his sisters comfortably and safely in the tree.  He decided to try again!  Failed a second time.  Tried a third time.  by then all of us in the vehicle were adding words of encouragement, "You can do it!"  "Keep trying!" 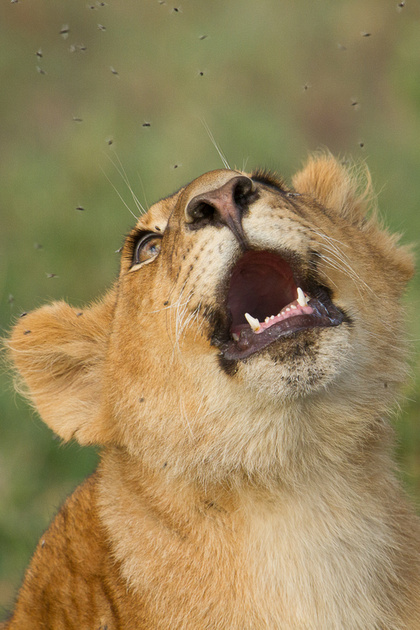 On his fourth attempt, half way up he turned and looked straight into my camera, almost saying "This is it!"  He went straight up into the tree.  we all let out a soft, almost whisper yell! 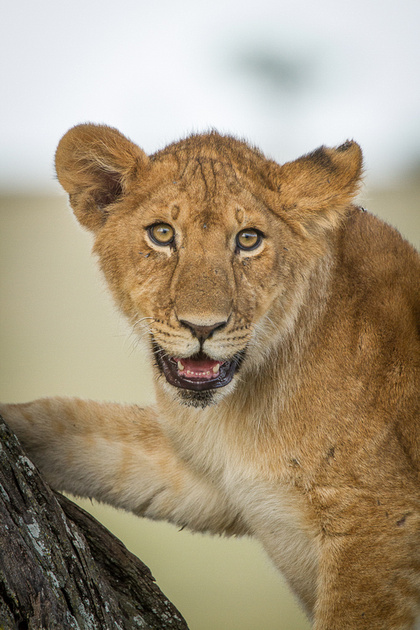 Once in the tree, without a moments hesitation, he stepped around his sisters and made a beeline to his mom and rubbed noses with her, letting her know he was finally up there,TOO! 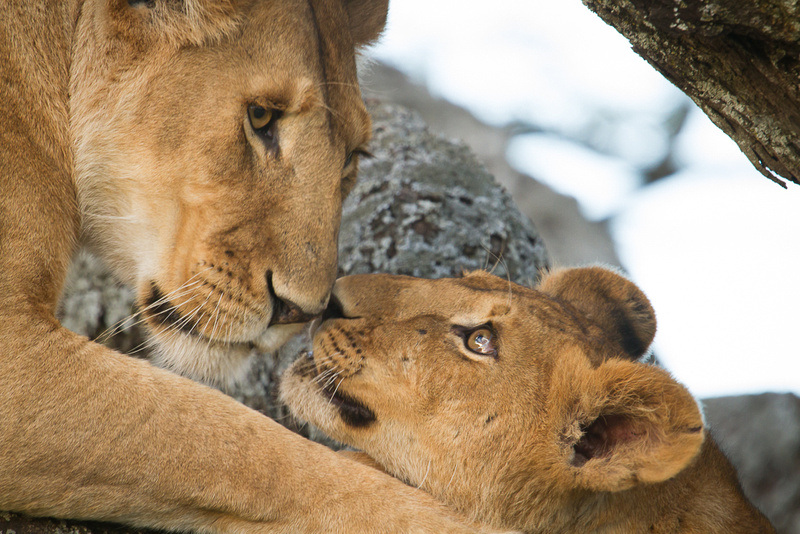 This was one of those times I was so glad I was there and that my camera functioned perfectly and the batteries were not dying.  Amazingly there were three other vehicles that showed up to see the action but left to get back to the lodge in time for cocktails and missed the real excitement.  I was so glad this was a true Photo Safari and not a Sightseeing Safari!

JoAn Yost(non-registered)
Jim, for those of us who are to old, to infirm or to poor to go on these wonderful journeys, to be able to go in our imagination with your photo-journals is wonderful. Please do more for us. I thoroughly enjoyed this and will go back to it again. Thank you so much.
Richard Olsen(non-registered)
Cool story and photos...thanks for sharing!
Jewells(non-registered)
Oh wow! Jim! That is soooo fantastic and the images are gorgeous!! Such a beautiful moment to be able to experience the power and the ebb and flow of life in the Serengeti!!
Rob Rupp(non-registered)
Great photographs and commentary. Thanks for sharing the experience with us.
Russell Kinerson(non-registered)
Wonderful photojournalism, my friend. For many of us it's not just about photographing birds and animals; it's about sharing moments in their lives. May this year's trip be as rewarding as that afternoon 2 years ago.
No comments posted.
Loading...
Subscribe
RSS
Recent Posts
Down to the Bare Essentials Heroes and Leaders Unfocus Your Photography Lenses and Perspective Control My Field Workflow Going Light - Micro Four-Thirds in Africa Visiting East Africa What Was That? Just a Book? Micro 4/3rd's, Second Trip Completed - Scotland
Keywords
photography Tanzania Africa camera wildlife antique lenses safari Colorado tintype
Archive
January February March April May June July August September October November December
© Jim & Cindy Griggs
Powered by ZENFOLIO User Agreement
Cancel
Continue