My great grandfather, John W. Griggs, built a house on his land in Oklahoma near Shawnee.  The house was completed in 1926 and was fairly well built considering the materials available!  I have the hammer he used to construct the house frame and finish work.  My dad gave it to me to be passed on to my son, Jesse, some day. 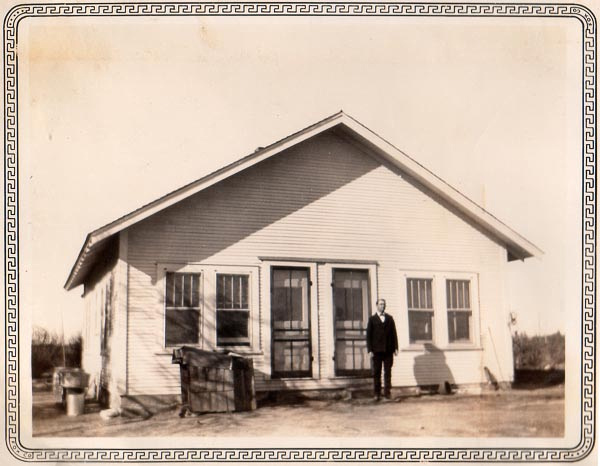 This is the back of the house with my great grandfather standing by one of the two doors.  I always liked this photo! 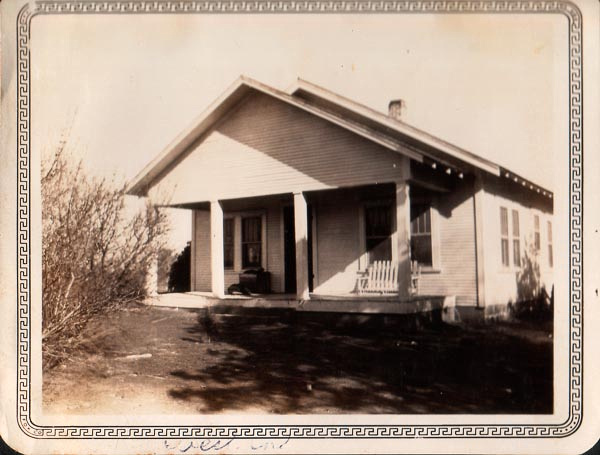 Front of the house with the porch where my cousins, brother, neighbor kids played every summer when we went to Oklahoma.  That porch had character!

The house was added onto several times as things changed in the world.  First, a kitchen was added on the back.  Still had to go out and pump water from the well but the cooking was brought inside under roof in about 1935.  Later, when a well with a pump was added, plumbing came inside with a bathroom!  The kitchen was reworked to include running water.   That was in the mid 1950's.  My grandfather still had the hand pump working and would always walk out there to get drinks rather than out of the faucet in the house.  I liked the cool, fresh water out of the pump as well.  The run off from the hand pump dribbled into a water tank where the cows got drinks just on the other side of the fence from the yard.  That old tank seemed to always have fish in it when we got there as kids.  I still remember running around the cattle lot by the barn chasing grasshoppers to throw into the tank so we could watch the fish gobble them up!

When my grandfather passed away, January 1, 1970, my grandmother stayed as long as she could but eventually moved out of the house and into a care home where she lived another 6 years.  The house sat vacant until my dad retired and moved back to the farm.  He and my uncle rebuilt portions of the house, adding on again and modernizing a few things.  It never was brought up to good construction standards.  Dad added a room upstairs and a deck in the back plus tore down the old kitchen, replaced it with a new kitchen and added a second bathroom back next to the bedrooms.  That was in 1982-83.

The house basically was not changed after that except for repairs my brother and I did to keep it from falling down on our parents.  The house was really getting delabidated when dad moved to McPherson to live near us.  Mom had been gone for three years and dad wanted to stop driving.  Dad said once he was gone that the house should be torn down.  Three years later, dad passed away in McPherson.  The poor house had gotten to the point that no one wanted to go in!  The floor creaked and swayed.  The back wall had slipped off the foundation slightly to the point of seeing light between the wall and floor.  It was time.

We had some antique dealers out who bought a load of stuff from us and then told them we were going to tear down the house.  The wanted to salvage stuff from the house.  We sold them anything they wanted to haul off for a paltry sum.  They pulled out all the copper wire, stripped some of the lumber off, tore off the deck and took at the aluminum windows in the newer part of the house. 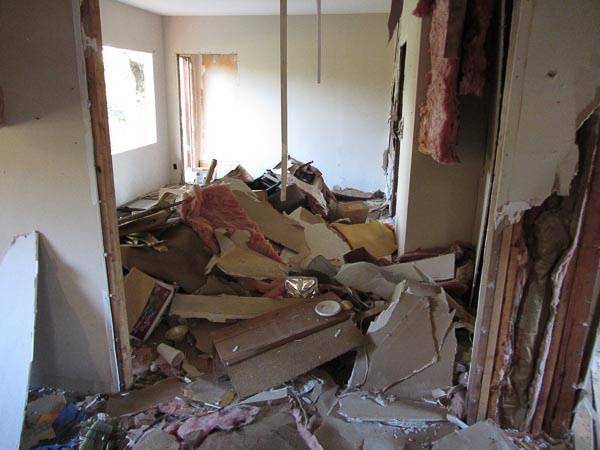 The house was gutted and ready to come down.  A cousin said he would tear it down for us.  We arranged for him to do so and had a dumpster brought in to load up the crushed remains for the landfill.  We were not available the weekend it came down so my uncle took photos of the tear down job and sent them to us. 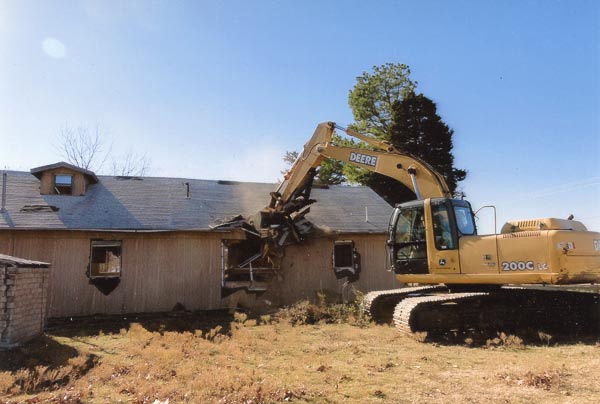 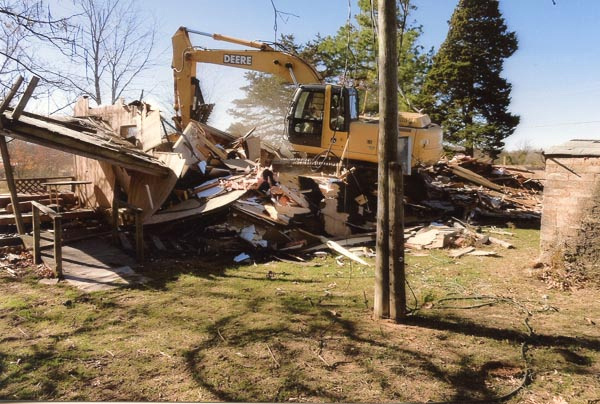 In short order the house was down, crushed and loaded into a dumpster.  What small pieces could not be picked up were buried in a home about 6 feet deep.  The ground looked like a wasteland. 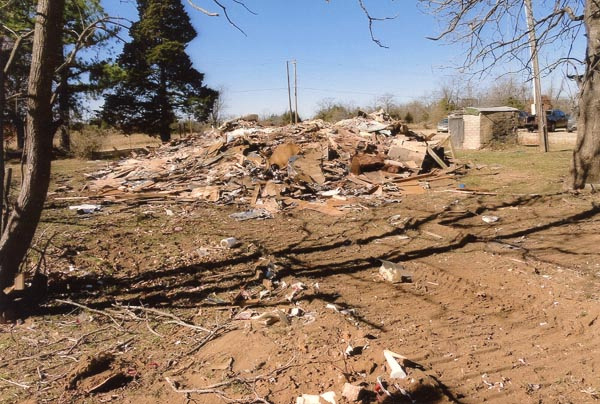 After all the stuff was hauled off or buried, the cousin reworked the surface and smoothed it out for planting grass next spring.  The end of an era and a rather sad time for me to see this part of my personal history wiped out and gone. 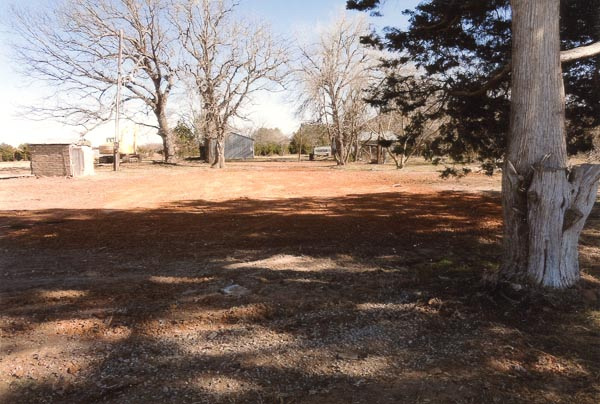 My family standing on the porch of the house in 1959 during a visit to the farm.  My grandfather had been adding on at that time. 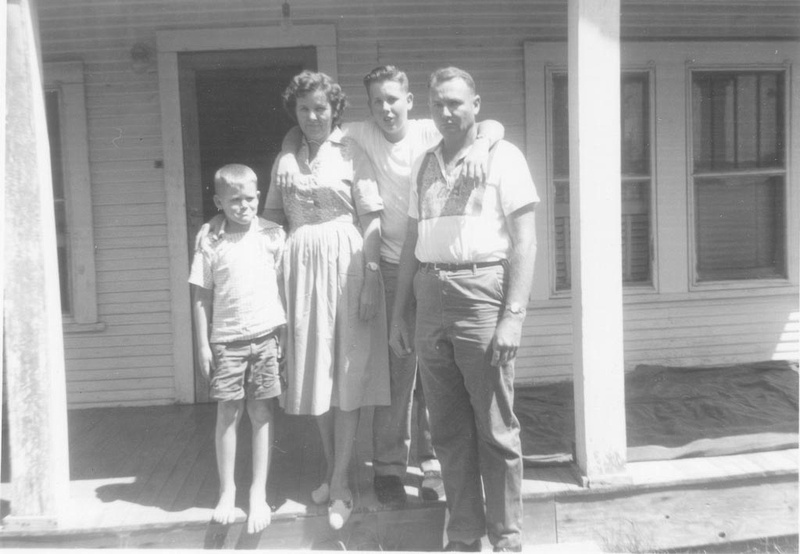 My great grandmother with her quilts laid out for a photo in about 1948.  Her husband had passed away in 1947 but she lived on at the house. 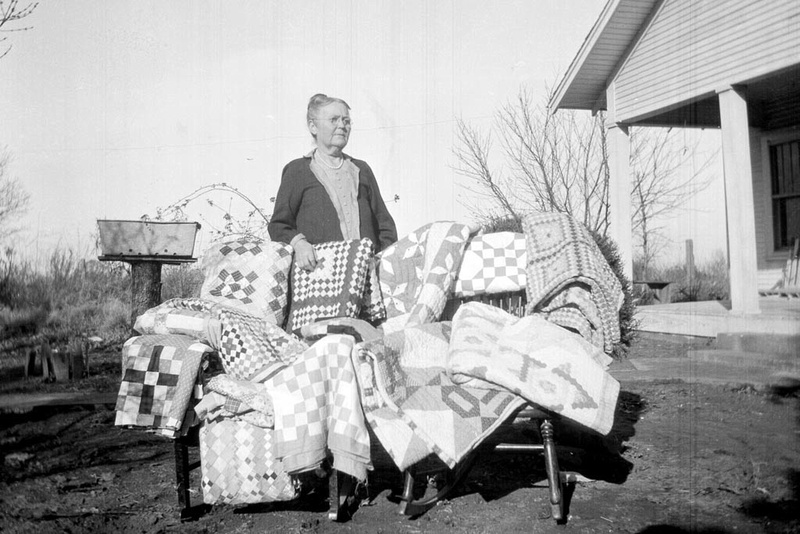 Great grandpa John W.Griggs and his wife in front of the house back in about 1938.  He was very proud of that house!  It was special back then. 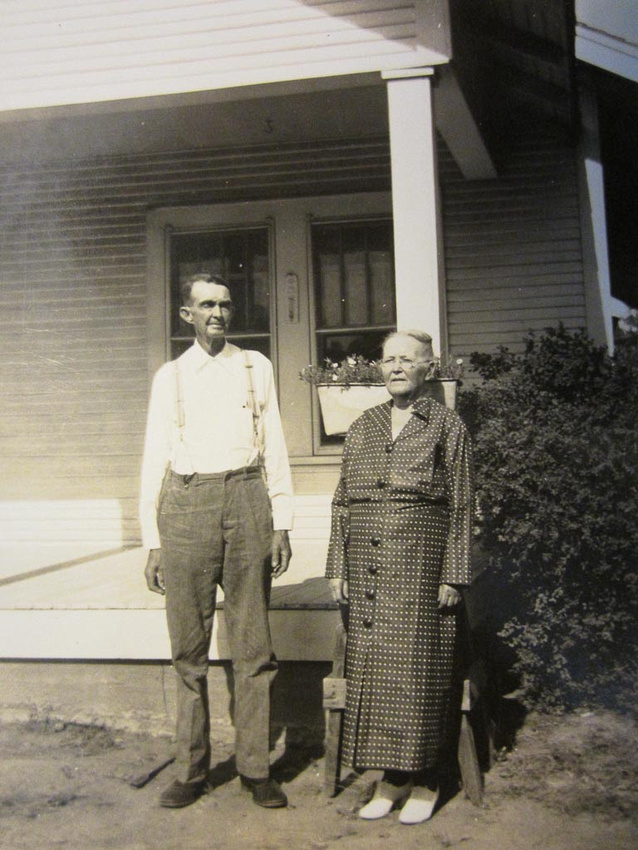 Connie Hoover(non-registered)
This is really touching! Thank you for posting this so we can share in your memories.
Janice Stewart(non-registered)
Love this bit of your history. I get very sentimental about homes I have lived in. Even with the moving around my family did, there is still "the house Daddy built." He actually subbed out the work, but he designed it for OUR family of seven, including 4 girls and 1 boy. It was a terrific home and though we only lived there for 3 years, I almost always "checked" on it whenever I went back to Waco to visit, and it's on my list of things to do the next time I go back.
Cindy(non-registered)
I'm so glad the photographs and my memories live on.
No comments posted.
Loading...
Subscribe
RSS
Recent Posts
Down to the Bare Essentials Heroes and Leaders Unfocus Your Photography Lenses and Perspective Control My Field Workflow Going Light - Micro Four-Thirds in Africa Visiting East Africa What Was That? Just a Book? Micro 4/3rd's, Second Trip Completed - Scotland
Keywords
photography Tanzania Africa camera wildlife antique lenses safari Colorado tintype
Archive
January February March April May June July August September October November December
© Jim & Cindy Griggs
Powered by ZENFOLIO User Agreement
Cancel
Continue