It was OVER!  Sadly, OVER!  The last hour of the last day of the first trip to Tanzania and we were rushing to get out of Lake Manyara NP before the park entrance closed and we were fined!  We stopped alongside a magnificent tree because the guide had seen a Vervet Monkey at the base of the tree.  I watched as the monkey climbed up to eye level in the tree then grabbed the beanbag and the 100-400L IS lens with my Canon 1n.  It was almost dark.  I was down to only ISO 100 slide film.  This was going to be pushing the envelope for sure!  I prefocussed on the space opposite where the monkey had been gazing, anticipating that he would look around on that side of the trunk, a much more dynamic composition.  In a few short seconds he did.  I wound off three shots, each at 1/15 second at roughly 300mm and f/8.  Not a chance I thought to myself, not a chance.  I turned to my wife who was still sitting in the seat of the vehicle and said, if that worked, I got my iconic shot of the trip, a monkey, in Tanzania, gazing off into the woodlands.  I figured I could go home now, reluctantly, but I could go home.  Little did I know that I said something that has become a mainstay of my programs about Tanzania, "You can leave Africa, but Africa never leaves YOU!"

Home, several weeks later and the last frame of the last day on the FIRST trip and it was SHARP!  How could I be so lucky?  The Image Stabilization of the lens had saved my bacon on this shot!  Thank YOU CANON!!!!  I owe that monkey a banana, too! 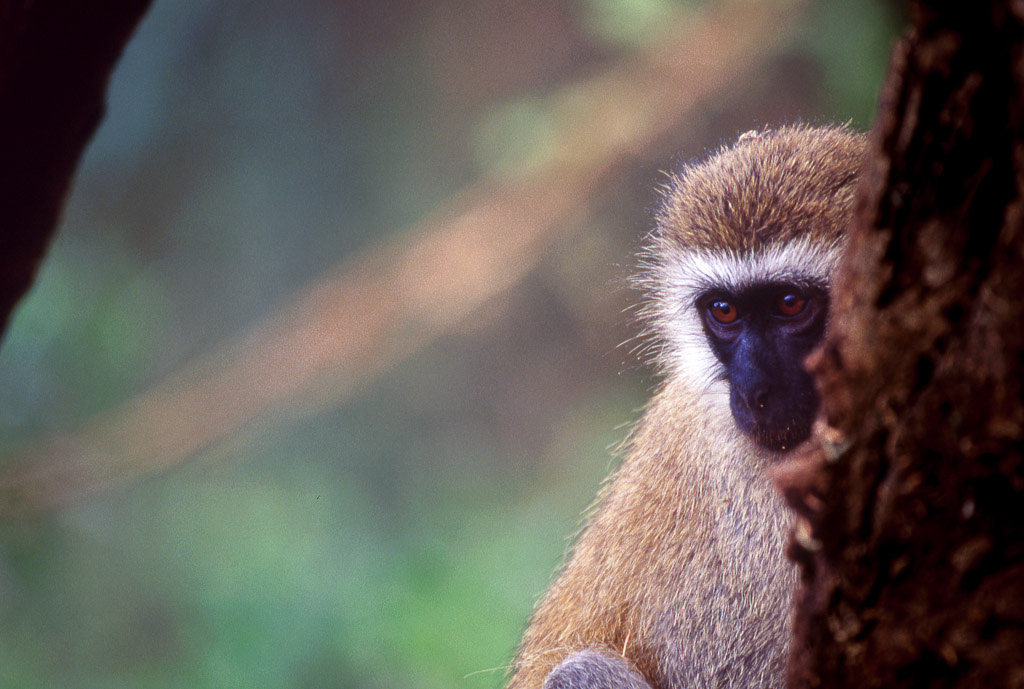