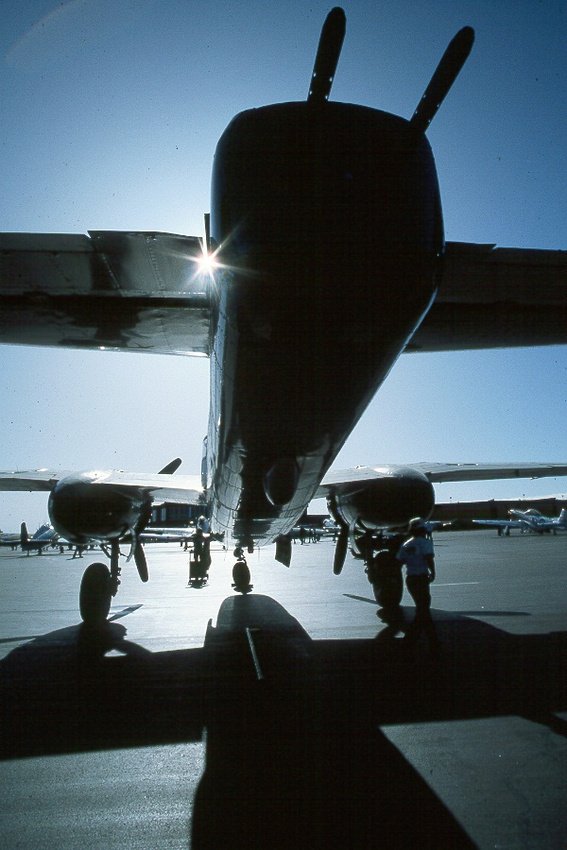 In "NASA-Speak" the word terminator is used to define the narrow line that separates daytime from night, or light from dark in space.  We have all seen the heavy contrast between where the sun is shining and the shadows.  Well, I have been exploiting the "Terminator" for a very long time as well, right here on Earth, all with a camera.  When I walk around a subject I usually look to see where the sun is shining and which way the shadows are going.  In addition to the regular, well lit photographs with the sun behind me or off to a side, I look for a place where I can stand in the shadow line, the terminator, and get a silhouette with a burst of sun rays (caused by using a VERY small aperture like f/22).  The sample above, I walked directly behind the B-25 on static display and maneuvered into position to catch just the edge of the sun peaking thru an opening between the elevator and the fuselage.  Shot with a Canon F-1 and a Canon 20mm/2.8 lens on Kodak E100VS film. 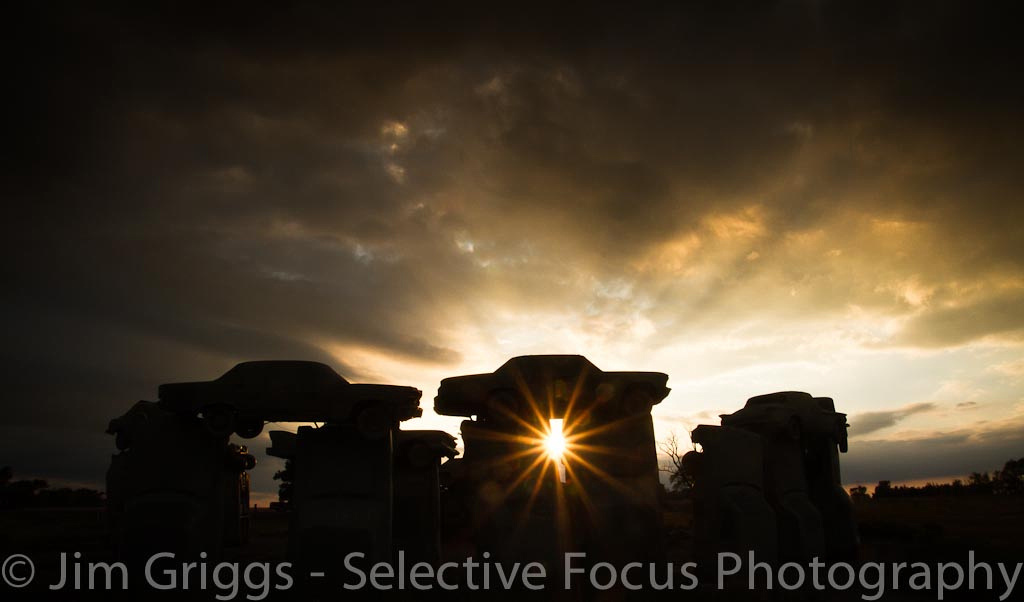 Another example of this sun ray burst is this shot from Carhenge in Alliance, Nebraska.  Again, I used the same technique of searching out the location where I could photograph back at the sun with just the edge peeking around the subject.  Yes, I was standing in the "Terminator"!  This was shot on a Canon 5DII with a 24-105L IS lens at f/22 to get the diffraction off the blades of the aperture, creating the sun burst effect.  Watch for a future blog post about Carhenge!

Give this Terminator Effect a try!  It will grow on you and it does result in some amazing photos on occasion.