Dragging was about the only way to describe how I felt that morning.  Up at 4:30 after being out photographing well into the evening the night before.  Rocky Mountain National Park had kept me and a friend occupied from late afternoon until late evening with elk roaming, jostling and bugling all around our tent.  It had been cold that October night but well worth the lack of sleep for some of the images we were capturing.  As we drove up into the high country that morning before dawn, we rounded a bend on Trail Ridge Road (still open!) and were confronted with a superb lenticular cloud that had formed over Long's Peak.  The color from the early sun was just astounding.  I safely pulled off onto what there was of a shoulder and grabbed gear, slamming a 200mm/2.8 lens onto the Canon F-1 body and started setting up a tripod.  My friend, wondered what we were up to.  I kept yelling about "The Cloud, The Cloud!"  He got out and looked at it but wasn't interested in clouds.  He came to Colorado from Indiana to photograph elk.  Sorry, but he was going to just have to wait!  Some things just happen and you have to react.  I hit the peak of the color with the 200mm then jumped to put on a 28mm to get the place involved, showing the context of the image.  In less than 90 seconds the color had vanished.  My friend just sat in the car while I ran around like crazy shooting 5 or 6 images.  We did get up to see the elk and to do some shooting, well before the light poured into the valley and he was happy but I was even happier, kept mumbling to my self, "lucky, lucky, lucky"; I could hardly wait for the images to come back from the processor.

Several years later, with my early digital world evolving, I scanned the large image of the cloud and sent it in to "The Weather Channel".  They featured the image on a Sunday, showing it every 20 minutes all day.  At 7am on that Sunday, my neighbor called me and said, "Watch the Weather Channel!  There is a photo on there by a guy with your same name!" 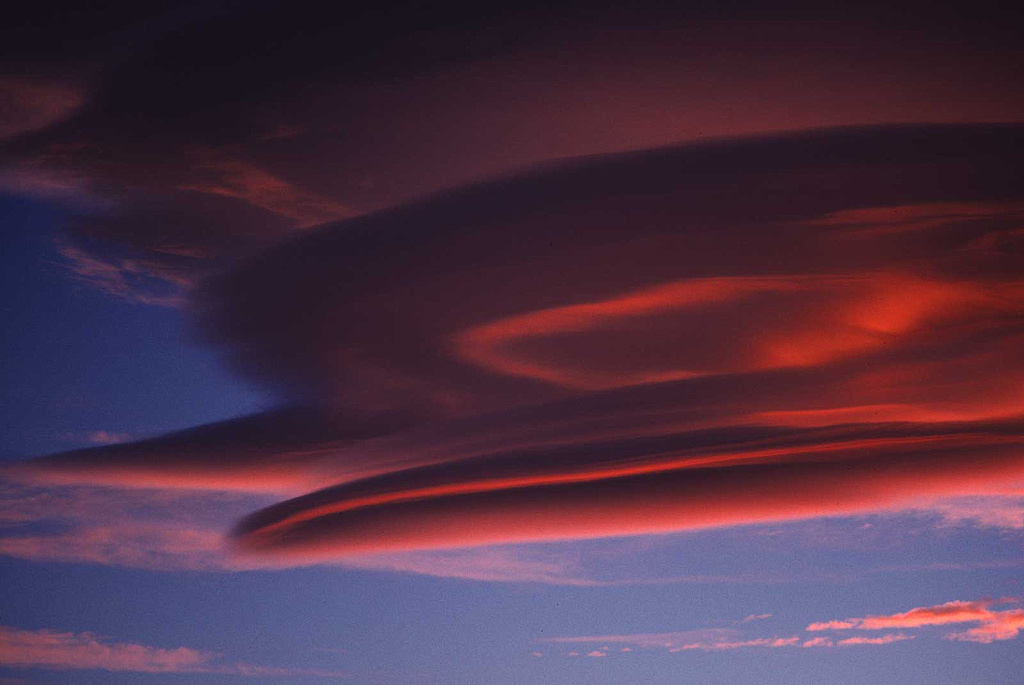 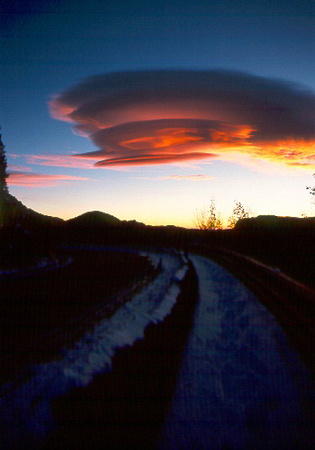 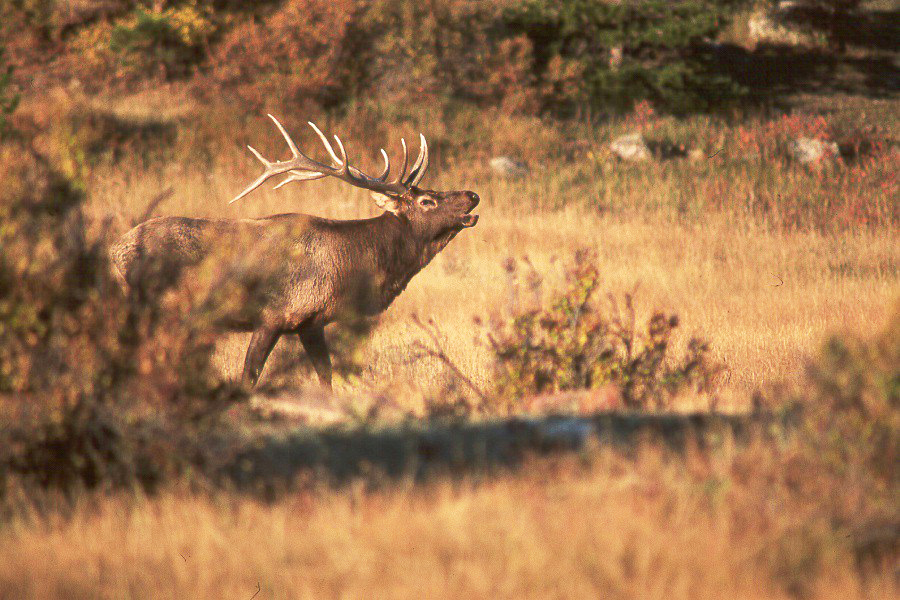