Shooting Digital Video with the Canon T3 Rebel in Peru 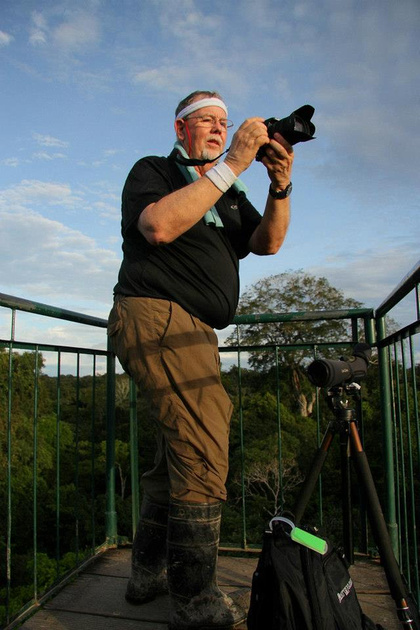 I always wanted to be involved in shooting video even way back when it was called motion pictures.  My interest peaked about two years after graduating with a degree in Mechanical Engineering.  We bought a house in Dallas our third year of marriage and moved in!  Little did we know that just around the corner lived Henk deWit, the Director of Cinematography for CBS news in Dallas.  I talked at length with Henk about my interest.  He slapped various 16mm movie cameras in my hands and said. "Go shoot!"   I did.  It was fairly ugly.  I considered myself a fairly accomplished still photographer, even back then, but my movies were anything but delightful to watch.  About that time Henk took me under his wing and gave me some very good advice and direction on how things are different in the moving pictures versus those that just sat still, on a wall, in a wallet or tucked away in a box under a bed somewhere.

Rule Number 1 - "A Motion Picture Camera is designed to CAPTURE MOTION, not Create It.  Keep you hands off the zoom lever!  Stop panning so much unless the action requires it.

Rule Number 2 - "Short Takes RULE!  Long Takes are BORING!"  Henk challenged me to watch a movie sometime and count the seconds a scene lasts on the screen, you know, ...."one thousand one, one thousand two, one thousand three..." and see how many shots are longer than six seconds.

Rule Number 3 - "A Dolly Shot almost always TRUMPS a Zoom Shot."  Get your "cotton-pickin" hands OFF the zoom lever and move closer physically.

Enough rules for now!  I bought a fairly sophisticated Super 8 movie camera with the capability to do dissolves, fades and adjust the shutter speed manually as well as shoot slow motion up to 54 frames per second.  No sound.  It was about this point I discovered the drawback of movie film for amateurs; Almost everything must be done in camera as post processing is EXPENSIVE!  I wanted to use the Super 8 camera to learn techniques then buy a good; no, great 16mm camera and get into documentary filming.  I scrounged around and found a used Bolex 16mm, not the best one could own, but one I could own.  Henk gave me a bunch of 16mm film, all direct positive, as the station in Dallas was on the verge of switching to ENG (Electronic News Gathering) with some very expensive Sony Betacams.  With the station 16mm operation closed I lost my insider free processing!  The reality struck.  Shooting 16mm and having it processed cost about $50 a minute back then.  That only gave you a finished 100 foot spool of original footage.  Editing on the original was a no-no.  You needed to make an editing dupe, another $50, and edit it then send it with the original to a lab for "A-B Roll" processing into a final release print costing more than about $500 a minute!

The Bolex rests on a shelf right now in my living room, a monument to a dream lost years ago but I keep it as a reminder of how dreams work and it is one fine piece of precision equipment, looks cool up there with three turret lenses mounted (no ZOOMS!).  With the advent of digital video, I decided that maybe it was time to get back into "Thinking" in motion picture terms.  Hate to admit this but I have four dedicated HD video cameras plus three DSLR's that shoot HD video as well as a couple of non-HD DV cameras.  Nothing very serious right now but I did shoot a short industrial video for a local company.  Took about an hour of setting up and shooting and maybe an hour of editing time.  I also did a video for Mondo Verde Expeditions about trips to Tanzania which is also online at Youtube.  On our recent trip to Peru, I shot a lot of video and edit it into a short video for Bob Gress to show his mom what he does on these trips.

What I have found is how much I enjoy the editing process!  That is where the guy doing the filming has his mistakes corrected!  I make enough mistakes on the filming end and correcting them in editing is not always enjoyable but necessary.

The more of this I do, the more I like it.