In 1975 Allen and I discovered a guy named Doug Elbinger who owned a tintype studio in Harper's Ferry, WV.  He was selling the supplies and know how to make tintypes.  This was excellent news!  Instead of the foul smelling (and dangerous to boot) chemicals of the Daguerreotype we could make genuine tintypes with normal darkroom chemistry!  YES!  We ordered some plates, found a suitable camera, an 1870 Anthony tintype camera with 5 X 7 and 4 X 5 backs and did some experimenting.  It was so much easier and yielded great results if you didn't mind sitting still for multiple seconds with 2000 watts of hot lights shining on you.  We were dancing again!  The results were very predictable even though we didn't have a light meter that went down to ISO 1, the speed of the emulsion in a tintype on a good day, we became good at guessing.  The latitude was such that being off a few seconds was not a disaster.  We found a place selling period costumes and other things we needed to become "Tin-typists".  we started a company called "The Great Tintype Conglomerate" with visions of going to Civil War re-enactments and shooting the real deal.

The Texas State Fair for 1975 was dubbed the "Bicentennial Edition" and suddenly we had a plan to go there with a small studio and capitalize on the attendees obsession with history and the authentic notion of real tintypes!  I had a friend who designed sets for major plays and broadway openings who agreed to design our booth for us.  WOW!  It was coming together.  We spent countless hours in my garage building the signs and other things we needed to fit into the 10 foot square booth including a darkroom.  After building and setting up the booth we felt we were ready.

We arrived at the fairgrounds on set up day and found that we had to carry everything quite a distance.  I remember that was a big deal. During set up we also discovered that the curtains we had purchased and planned to use were not fire retardant and we had to "rent" their approved curtains for about twice the cost of our curtains.  We proceeded to set up the booth and found out there was a height restriction!  Back outside, we borrowed a saw and cut everything down to size.  By the time we had the booth set up we were beat.  It looked great, the sign and the booth came across the way we wanted!  Now all we had to do was wait for the fair to open and put in two weeks of VERY LONG DAYS.   To be safe, we had calculated that we needed about 7,000 tintype plates and several gallons of chemicals.  I will not go into the chemistry but we used a small water bath and an alcohol bath to displace the water for quick drying. 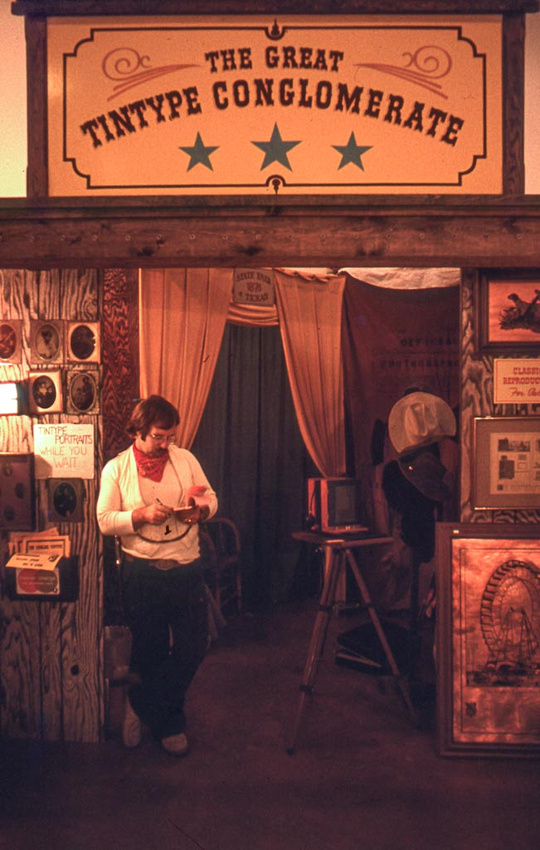 The Booth - Up and ready for action! 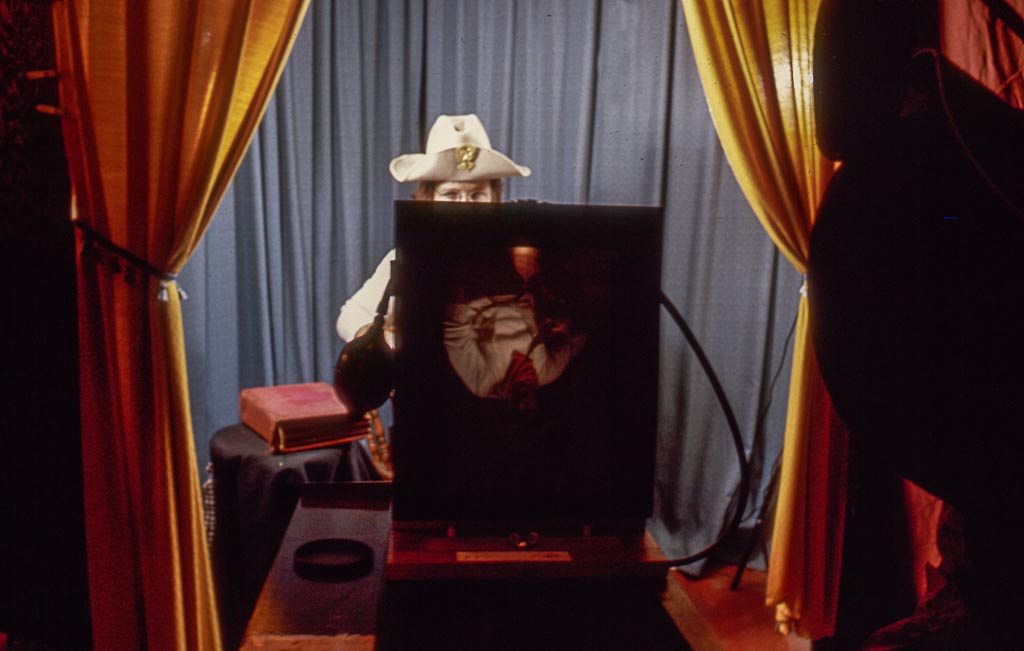 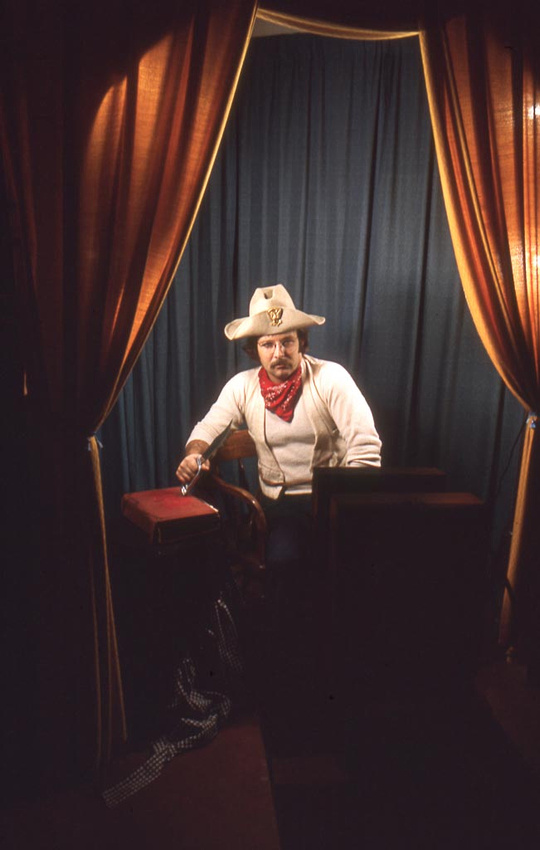 Allen looking fierce for the camera!

Next:  The State Fair and Reality!