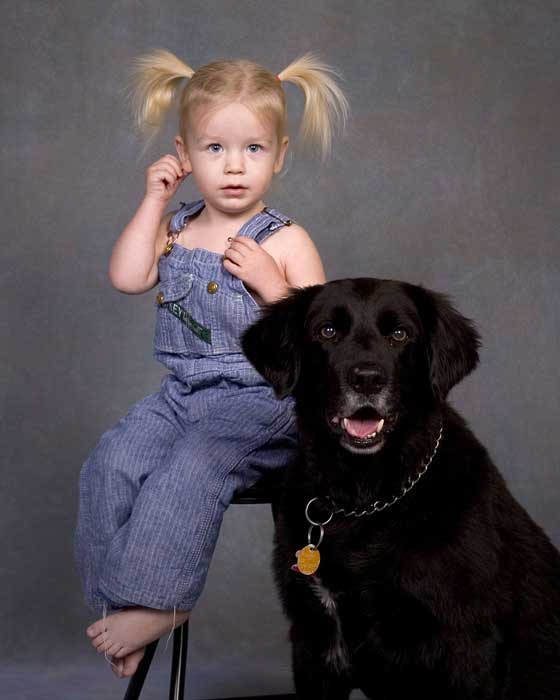 Our dog, Ranger, hated to have his photo taken.  If I aimed a camera in his direction he would growl and snap at the lens.  Always nice and gentle around people, he seemed to sense that the camera was taking his soul away.  One of my grand daughters, Olympia, was at our house for a couple of days.  Ranger would hardly leave her side.  She cuddled with him and he would lay on the floor next to her when she was playing.  She even threw the ball for him which he would promptly fetch and bring back to her, dropping it at her feet, then sit and wait for her to throw it again.  Olympia wanted me to take a photo of her, so we headed down into the basement where I had a simple studio with backdrop and strobes.  I set up a stool so she could be on it, readied the camera and strobes and before I could get my eye to the camera, Ranger strolled in, went over and sat next to Olympia posing perfectly.  I thought this was strange but I took a couple of images, waiting for the growl.  It never came.  This was a Special Photo.  Ranger is no longer with us, cancer, his downfall.  Still on the refrigerator is a note Olympia sent to him in her best preschool writing, "I luv yu ranjer".