"If this is still photography, does that mean I have to be still or the subject?"

What a weird concept, still photography.  The world does not sit still.  Subjects move.  Photographers move.  Ever since I touched my first good camera I have wanted to capture motion, create the feeling of motion in my images.  I spent countless trial and error hours learning how to do a simple blur pan, following the motion of the subject and letting the background blur.  There sure where a lot of errors leading up to perfecting my technique.  Now it seems second nature to shoot this way.  I also found out along the way that a really wide angle lens moving along in a canyon or in a tunnel will see movement and exaggerate it extremely well.  This is a case of me (the camera) moving!  I constantly look for opportunities to shoot these shots as well.  Something about implied motion in still photography just rocks my chair.  Some examples are easy to understand like the elk trotting along.  I used a slower shutter speed and followed the motion of the elk and pressed the shutter while still following the animal.  I never stop panning until the shutter is well open again.  For this shot to work there needs to be a background with patterns or things back there to blur.  A plain white wall or smooth background just would not show any motion

The second shot was taken in a salt mine in Hutchinson, Kansas as we "raced" along in the underground tram at a heart stopping 2 to 3 miles per hour.  Using a 16mm wide angle lens and a very slow shutter speed I was able to create this illusion of speed and motion while I SAT STILL in the car with the camera.  I did about 8 of these shots with this one the only one that came out with the people in the foreground anywhere near sharp and still.

Probably the most bizarre use of a blur-pan is the last shot of a man walking in a field at night starting fires in the prairie meadows by dragging a burning torch behind him.  First I was using a slow shutter speed because it was DARK!  Frustrated that I could not get a shot of the person lighting the fires, I loosened the pan knob on my ball head and then took a slow shot of the man while panning with him.  It worked! 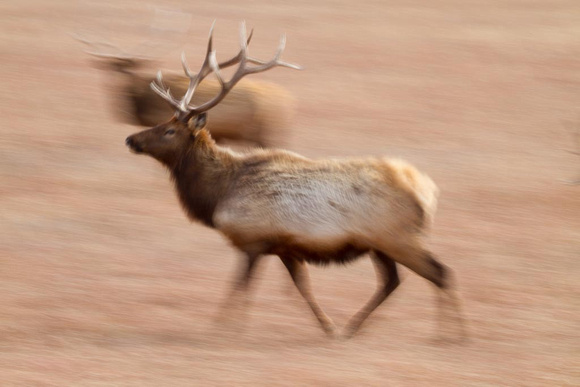 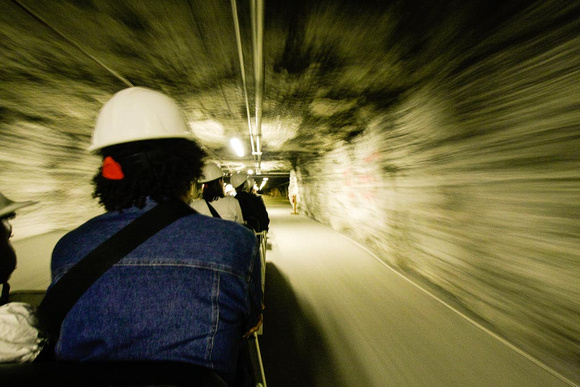 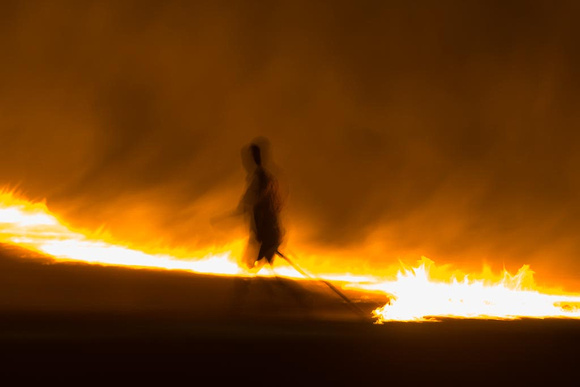